reptilicus has written 40 posts for reptilicus

The long-awaited reissue of classic industrial collaboration of Reptilicus & The Hafler Trio is upon us! Inspired by mood engineering and musique concrète, Designer Time was recorded and mixed in Reykjavík in 1992-93 and released by Staaplaat the year after. The reissue is mastered from the original material by Curver Thoroddsen of Ghostigital and released by Artoffact Records on CD and for streaming – and for the first time on vinyl, pressed on white wax and housed in a beautiful sleeve.

Designer Time, the long out-of-print collaboration of Reptilicus & The Hafler Trio, is now available to pre-order on Bandcamp. The album, originally released in 1994, will be reissued on June 4th by Artoffact Records on CD, for streaming – and for the first time ever on vinyl, pressed on gorgeous white wax and housed in a beautiful sleeve:

Today, Móatún 7 releases its first 10″ and the start of TUN series, with Stereo Hypnosis on one side and Reptilicus on the other with two new tracks: From dark yellow to bright red and Eye like w.

Available as of today on Bandcamp:

The record itself is a lathe cut record made in Iceland by Vinyll.is in 30 copies, shipping in August.

The results of Waveshaper Media’s visit to Reykjavík are now available, a profile of Reykjavík’s electronic underground including interviews with members of Reptilicus, Stereo Hypnosis, and AMFJ. Special thanks to director Robert Fantinatto. From Waveshaper Media’s Facebook page:

Waveshaper TV visited Reykjavík, Iceland, where members of its experimental electronic music underground organized a small showcase featuring 3 of the city’s practitioners – Reptilicus, Stereo Hypnosis, and AMFJ – who were also interviewed about their music, and the local scene. https://youtu.be/7xHPH6DmAqc

Limited to 500 copies. Stream in full at:

The sessions featured in the synthesizer documentary I Dream of Wires: Hardcore Edition (www.waveshapermedia.com):

Excited to announce that Reptilicus has signed with Artoffact Records and will release a collaboration this October with Raster Noton artist Senking. Electronic minimalist Rúnar Magnússon acts as Reptilicus’ third member.

The album, Unison, will be release as a beautiful, limited edition CD and available electronically. Check it out: 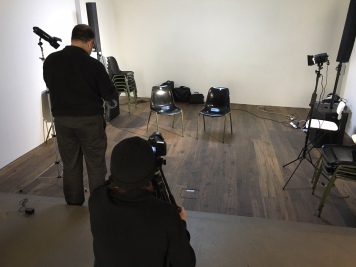 Reptilicus, a collaboration of two Icelanders, Jóhann Eiríksson and Guðmundur I. Markússon, has stalked the fringes of the Icelandic musical landscape since 1988 and counts among the pioneers of electronic, industrial, and experimental music in Iceland. Taking its cue from the intricacies of industrial electronica, the creativity of krautrock, and Dada, Reptilicus have issued a number of releases on tape, vinyl, anti-vinyl and CD where experiments, noise, percussion, 8mm and wind instruments fuse in an electronic crucible. Currently, Reptilicus is preparing a complete re-issue of its works along with new material in collaboration with Canadian label Artoffact Records.

Stereo Hypnosis began its life in the remote island Flatey in 2006. Originally founded by father and son Óskar and Pan Thorarensen, joined by the composer Thorkell Atlason in 2014. The trio has developed an organic electronic sound, serene and downtempo, and to date released 6 albums. Stereo Hypnosis has toured both sides of the Atlantic in recent years and are currently working on various collaborative projects.

From the producers of the 2014 hit independant film I Dream of Wires, Waveshaper Television is an upcoming subscriber supported web-based video channel dedicated to preserving electronic music history as well as exploring new artists and developments in synthesizer technology.

We bid farewell to our old friend Jóhann Jóhannsson in disbelief. When words fail there is music. 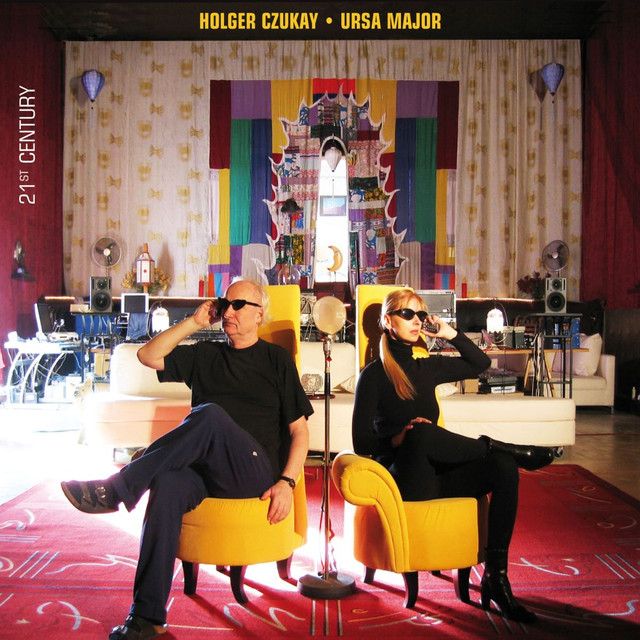